Hello people it is me ethant36 and today I will tell you about my first unit in science, light.

Then we learned about reflecting light and which materials are good reflectors. We learned what secular (smooth and good for reflecting) and diffuse (Bumpy and bad for reflecting)mean and transparent, translucent and opaque meanings and then refraction (where light appears to be somewhere that it is not because light moves more slowly in water than air). That was our first science unit that we did in grade four.

Here is what I learned:  I learned about refraction, how light travels, and reflection.

For our next science unit  I want to learn about simple machines.

Here are some pictures of experiments 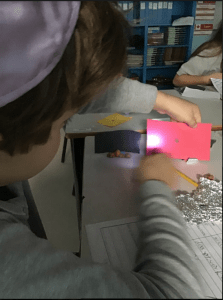 One Saturday, I had a playdate with my friend Jonas.

Before Jonas came, I was coming home from soccer and we were worried that Jonas would get to my house before we got home from Carleton. When we came home and found out that Jonas was not already at our house, we were relieved.

First, Jonas drove over to my house and we played frisbee on the lawn,  but after that, we all decided to go to the park and it is a five minute walk.

The shoes we were wearing were not good for the park, Which is why we went inside to change our shoes and socks because I was wearing crocs and no socks and Jonas was wearing new, white shoes.

Then since we both put on running shoes,  we went to Mckellar park and we played frisbee, did an obstacle course, played on the swings, and then we went back home and had banana bread for a snack because we were hungry.

Next, we played in my basement with a ball because we have pretty much nothing in the basement (we just moved in a little more than a month ago).

After that, we went back downstairs and then we had chicken balls, pasta, cold salmon and potatoes for dinner.

That was a fun day!

Golden poison dart frogs live in Colombia, Guyana, northern Brazil and also Venezuela. They are 1.3 to 5.1 centimeters long. They eat flies, ants, beetles, spiders, mites, caterpillars, and maggots. Tadpoles eat algae, carrion and even other smaller tadpoles. Their skin has enough poison to kill 20000 mice or 10 people. Never touch it! Their scientific name is Phyllobates terribilis.  Other names are golden poison frogs, and golden poison arrow frog. Up to 40 people are bitten each year but there have only been 13 recorded deaths, and none since an anti-venom came out in 1981. They can live for up to 15 years. 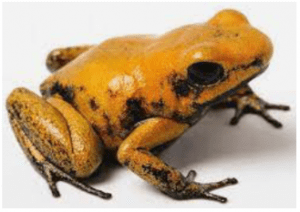 Polar bears are the biggest bear in the world. They live in the arctic. Males can be 7 to 10 feet tall and females are usually 6 to 8 feet tall. Males usually weigh 500 to 1700 pounds and females weigh 330 to 650 pounds. Polar bears eat ringed and bearded seals, which they catch from a platform of sea ice. Polar bears eat seals for the fat, too. They need it to stay warm. Polar bears can swim at 10 km/h and can run at 40 km/h and their normal walking speed is 5.5 km/h.

Here are some facts about polar bears:

Cassowaries are big, flightless birds that live in northern Australia, New Guinea, and other surrounding islands. Cassowaries prefer fallen fruit, but will eat small vertebrates, invertebrates, fungi, carrion and plants. Cassowaries can live 60 years in captivity, but in the wild they can still live 40 to 50 years! Cassowaries attack up to 200 people per year but the last recorded death was in 1926. Cassowaries can run at 50 km/h.

Here are some interesting facts about cassowaries: 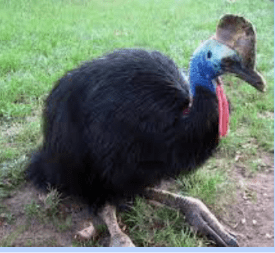 Brazilian wandering spiders come from Brazil but they get shipped around the world in bunches of bananas.

Brazilian wandering spiders weigh 28 grams, are 2 inches long and live for 1 to 2 years.

They eat insects, other spiders and sometimes, small amphibians and reptiles. Their scientific name is Phoneutria. Phoneutria means murderess in Greek 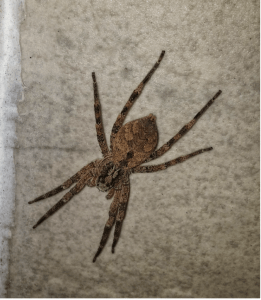 Black mambas live in Africa. They are scary. They don’t have the deadliest venom of any snake, (that is the Inland Taipan) they haven’t killed the most people, (that is the saw scaled viper) but it’s still very deadly and it always kills in 6 hours if the person doesn’t get treatment and it bites multiple times. That’s very scary, and they are aggressive and they can slither along at 20 km/h (12.5 mph). Black Mambas get their name from its black throat and black tongue, which it shows when it’s angry.

According to 100 most feared creatures by Anna Claybourne, the most feared animal is the black mamba, but the mosquito is obviously WAY more deadly because they spread malaria and other deadly diseases. In the wild, the black mamba only lives about 11 years, but in captivity it can live 20 years. Their scientific name is Dendroaspis polylepis. 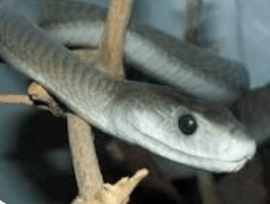 Black mambas eat rats, mice, squirrels, and birds but they also eat other snakes like the forest cobra.

Here are some facts about Black Mambas: 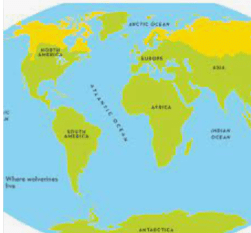 Here is where wolverines live:

It is good that it doesn’t live near very many people.

Their scientific name is gulo gulo. They eat arctic foxes, caribou, they can kill bears and wolves, some snakes, and sometimes they have to eat little things like rabbits and moles.

Wolverines can run at about 48 km/h.

How many people die each year from wolverines

You would think that since they can kill bears they would kill a lot of humans per year but there has never been a death from a wolverine that people know about.

There is not only one kind of elephants. There is the African bush elephant, the African forest elephant, and the Asian elephant. 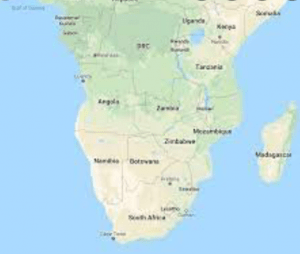 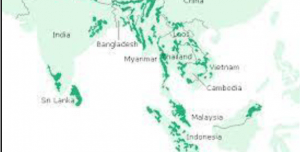 How many people die every year from elephants